The undisputed middleweight king, Adesanya has still yet to meet his equal at 185lbs since winning the title from Whittaker by KO back in 2019 and so now the two are set to clash again after the former champion racked up three wins in a row.

Whittaker appeared jaded and disillusioned after their first fight, but he’s clearly refocussed since and has looked to have a more refined approach in his most recent wins over Jared Cannonier and Kelvin Gastelum, with his strong work with the jab providing a strong foundation for his offensive output, while his defense has tightened up too.

He was already a very good striker, so this only enhances his ability to perform well against other top tier middleweights, but the question remains as to whether it’s enough to overcome Adesanya’s mastery of the striking game.

With an extensive background in kickboxing at the highest level, Adesanya has some of the best stand-up ability in the UFC and his fight IQ is high too, enabling him to hit without getting hit back in return. Added to that, he also has a major 4″ inch height and 6.5″ reach advantage over Whittaker, which only aids his ability to operate effectively from distance, while he also has the confidence that comes with having already KO’d Whittaker previously.

However, that’s not the whole story here as Whittaker also has good wrestling ability and he’s hinted he may well seek to utilize that this time around after seeing others have glimmers of success against the champion in that regard since their first encounter.

It adds an intriguing wrinkle to the match-up, but in the end I still have to favor Adesanya here as he’s just too slick and technical on the feet and his movement, reach and range management will make him tricky to get to the mat in the first place, leading him to a decision victory.

The co-main event features guaranteed fireworks between two of the most destructive brawlers in the heavyweight division, with Lewis having finished 21 of his 25 career wins by strikes, while has finished 12 out of 13 victories in the same manner.

You only have to go back to 2019 to find Tuivasa on a three-fight losing streak and with virtually one foot out the exit door at the UFC, but he’s really turned things around well since then, becoming a bit more measured with his kickboxing approach en-route to a four-fight winning run.

Tuivasa is still a fighter who relishes a brawl though and as hard-hitting as he is, Lewis carries even more power in his punches and he can close the distance remarkably fast for his size, though he utilizes a low-output style to conserve what gas he has in the tank.

Tuivasa could find some success kicking Lewis’ legs here, but I’m not convinced he can restrain himself for too long before throwing caution to the wind, and once fists start flying I think it’s Lewis who will land the knockout blow first for a finish in the opening five minutes.

After winning four of his five past fights, Cannonier has risen to No.3 in the middleweight rankings, one place ahead of Brunson, who is in the midst of a five-fight unbeaten stretch.

A former heavyweight who finally found success after dropping all the way down to middleweight, Cannonier has honed his striking ability nicely over the years with punishing kicks complementing his heavy hands, and he’ll have the technical advantage on the feet in this fight.

Brunson fell in love with his punching power a bit too much a few years ago and was punished for over-committing and being too reckless by suffering a number of TKO losses.

Since then he’s readjusted to be less careless on the feet, while making far more use of his strong wrestling ability, and that in particular has paid off for him.  Cannonier has strong takedown defense though, so this is intriguingly balanced.

If Cannonier can keep it upright then there’s a real chance that with his power that he could find a finishing blow here, but Brunson will be a threat on the feet too and I think his wrestling could just give him enough of an edge over three rounds to claim a decision victory.

Phillips saw a 3-0 start to his UFC run end last time out with a narrow majority decision loss to Raulian Paiva, but he’s still a heavy favorite to win this weekend against Rojo, whose only Octagon outing so far ended in a late TKO loss to Charles Jourdain.

Despite his previous loss Phillips remains a very well-rounded fighter who will offer up high-volume, dynamic offense on the feet, but also backs that up with strong wrestling too. A lesson from his last fight however is that he needs to be more mindful of his cardio management over the course of the fight this time out to prevent burning out before the final bell.

Rojo is a highly aggressive striker who will bring the fight to Phillips from start to finish, but he’s all too willing to eat a lot of strikes to land his own, which is a real concern, and he too can run his energy reserves dangerously low.

Overall I think Phillips will prove to be the better fighter here wherever the action goes, with his wrestling seeming like the less risky avenue to find success on the scorecards.

Green’s been on a bit of a rollercoaster ride in the UFC over the past few years. In 2019 he had just one win and a draw to show from his previous seven fights, but in 2020 he began a resurgence, securing a trio of wins. That was ended by back-to-back losses, but he’s since rebounded with a TKO win over Al Iaquinta last November.

As for Haqparast, he has so far gone 5-3 during his UFC run, including going 1-1 during 2021, with a win over Rafa Garcia being followed up by a loss on the scorecards to Dan Hooker in September.

Despite his sometimes patchy form, Green generally keeps things competitive even when he’s losing. He’s a true veteran of the sport, having amassed over 40 fights, with his strongest suits being his assured boxing ability, built behind an effective defence, and his wrestling ability.

At 26-years-old Haqparast is almost a decade younger than his opponent here and he’ll have a speed advantage which will be particularly evident via his fast hands. He had a strong record of finishing fights via strikes on the regional circuit, but though he throws with venom, since joining the UFC he’s been more likely to go the distance and he is a well-conditioned fighter for that purpose.

I think Green is savvy enough on the feet to battle it out with Haqparast, while his wrestling will give him that something extra required to secure victory via decision in an otherwise very close encounter. 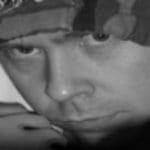